Playing casino in real-time has been possible on the internet for several years now. Many online casino games are powered by software produced by the company Realtime Gaming (RTG), which is one of the most important companies in the online casino sector. This company has been working since 1998 and is one of the main sellers of online games to all casino platforms.

Surely, most of the online casino gamblers have played in some games generated by RTG software. There are numerous online casinos that use RTG casino games. Below, you will find a list of some of them. 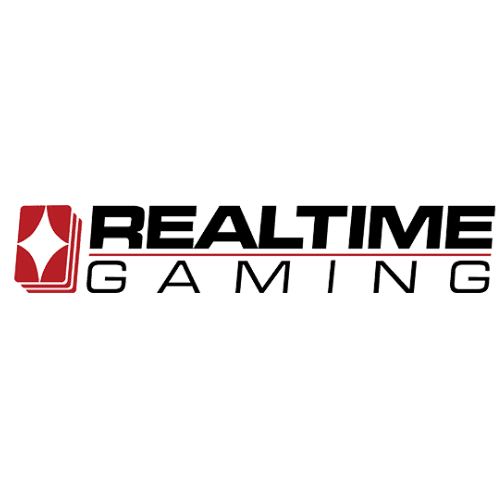 Lucky Tiger Casino is an online gambling platform established in 2021. It operates under Super Group VIP, which is registered and licensed by the Curacao Gaming Control Board. Super Group VIP also owns and operates the Superior and Rich Palms Casinos. It offers a great loyalty program, excellent bonuses, a vast game library, and reliable customer support.

A big part of Realtime Gaming's success was the “Real Series Slots”, and since then, slots became their most successful product. After the approval of the Unlawful Internet Gaming Enforcement Act (UIGEA) in the United States, the company moved to Costa Rica. In 2007, they were bought by Hastings International, a company based in Curaçao, a Dutch Caribbean island.

New Realtime Games: What's Going on in 2020? Real-time games (RTG) are produced by the company RTG, which develops its software and sells it to the different online casino platforms. There are many games produced by RTG that have emerged recently.

Most of RTG games that have been launched in 2020 are slot games. They have different themes, but probably the one that stands out the most is Cash Bandits 3, a slot game inspired by the traditional video game. Other new slot games are Ape King, Achilles Deluxe, Shadow Gods, which has an Egyptian theme, and Vegas Lux, which will make the player feel he is somewhere in Las Vegas.

The casino games are very varied, with jackpots and many types of poker, but there is one that is the undisputed winner among the RTGs: the slots. This is undoubtedly the most important game among those produced by Realtime Gaming company.

The subjects are so varied that it's impossible to count them. But one of the strongest subject that has prevailed among slots is related to Ancient Egypt. Different games are usually launched every year, showing stories of pharaohs. Also, themes from video games, popular movies or travel are common. RTG slots are a world to wonder forever.

Trusted RTG Casino Sites: How to Identify Them?

There are many online casino platforms. But you have to pay attention to avoid problems. Knowing how to trust in an RTG casino is easier than it seems.

Usually, at the bottom of the page, you can find the online casino data. There, it's usually showed the license and the place where the license was got. If there's no license, it's most likely a fraud.

It's normal to suspect casinos based in tax havens, such as Caribbean or Central American countries, but this isn't a general rule. It's also important to search for third-party certificates, issued by companies or persons that endorse the online casino.

Security at RTG Casinos: Is My Data Protected?

Realtime Gaming is a company that has been operating since 1998 in multiple countries. Its security system has been improved frequently, and it is certified by internal and third-party systems. This guarantees that the games themselves are safe. All this has to do with data management.

The data in the online casinos are encrypted in one of two systems: SSL and TLS. Verifying that the online casino works with one of these technologies is necessary to have security. It's also important that the player connects from a secure connection, with a browser allows for HTTPS encryption.